Our core values focus on individual families and the church family at large. 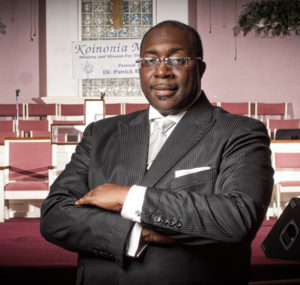 Dr. Rucker was born in New Orleans, LA the parentage of Willie & and the late Bernice Rucker. He has 5 siblings.

Dr. Rucker has over 18 years in corporate management experience. He has been an invited facilitator to train employees on Lean Six-Sigma. Companies that had the opportunity to have Dr. Rucker lecture and facilitate training sessions on how to manage their operations better include Walgreens Distribution, JTEK, and AEP Plastics.

Dr. Rucker holds a number of positions and has received numerous recognition and awards:

Dr. Rucker has been afforded the opportunity and been recognized as “Pastor of the Day” by the Texas State House of Representatives for the 2011, 2013, and 2015 Legislative Sessions.

The greatest position that Dr. Rucker has ever held is that of the Pastor of the Koinonia Missionary Baptist Church in Dallas, TX.